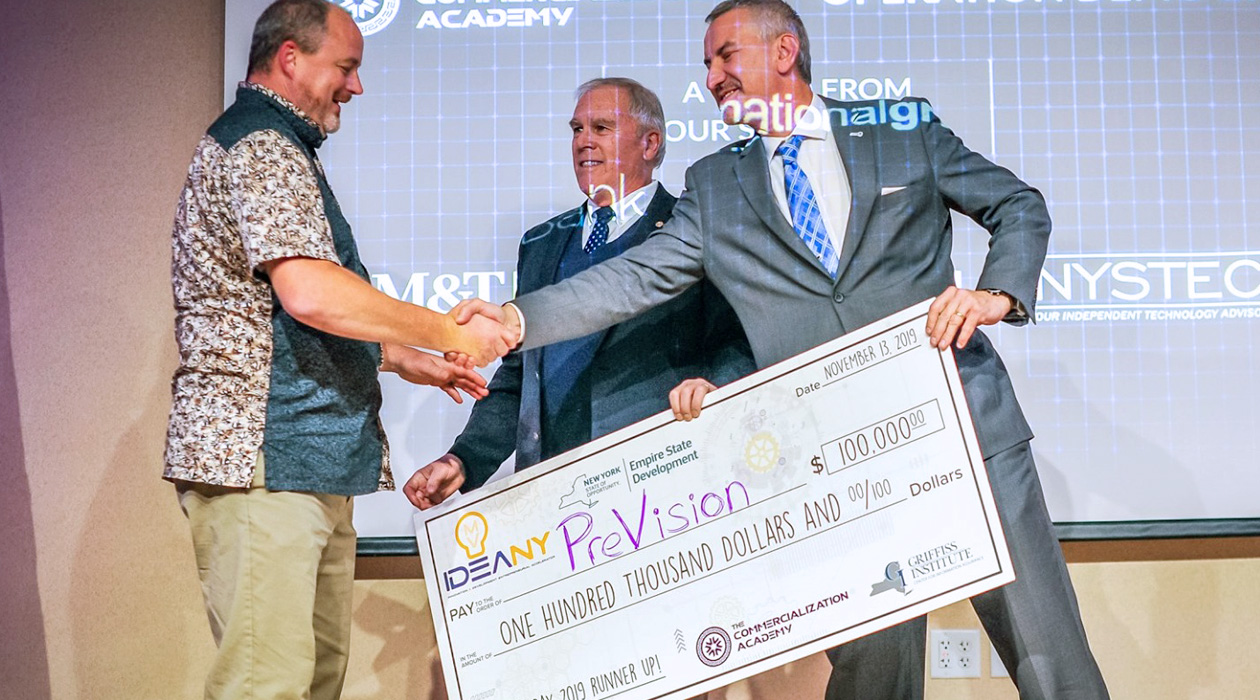 PreVision is one of two winners at the AFRL Commercialization Academy Demo Day and IDEA NY business accelerator competition at Griffiss Institute, in Rome, New York

With nearly 150 in attendance, United Aircraft Technologies (UAT), from Albany, NY, walked away with the Grand Prize of $200,000, and runner-up, PreVision, from Syracuse, NY, took home $100,000 for their startup!

"We’re actually going to get to go after our markets even more aggressively now, and that’s great," said Greg Walker, co-founder and president of PreVision, “We have some customers we need to do demonstrations for, maybe some custom demos, and now we get to actually build out those demos quicker. We’re in a high-touch industry, we spend a lot of time with customers to win their confidence and their trust, before they buy, and this will let us do that faster.”

The judges’ panel evaluated each startup based on such factors as: the ability of the business to affect the Mohawk Valley’s startup ecosystem and high-tech economy, the culture of innovation that has been created within the startup due to incorporating AFRL technology, the sustainability of the solution beyond the initial startup period and go-to market strategy.

The startups were incubated by Liddy Enterprises, while embarking on an acceleration process to either build a sustainable startup, or enhance technology from an already existing startup, with Department of Defense intellectual property from the Information Directorate.